A few chapters back I wrote about "De Compiegne". Years ago I was able to lent a direct daughter of the famous "Merckx" of Staf van Reet of Belgium. Piet de Weerd described him in those days as nr.1 in the world of sprint. His "Merckx" won numerous firsts and his daughter I put on "De Baard" a son of my Janssen based miracle pair "De 411" x "De 309". Out of this mating came "De 776 Duif" a little blue tickle eyed hen. 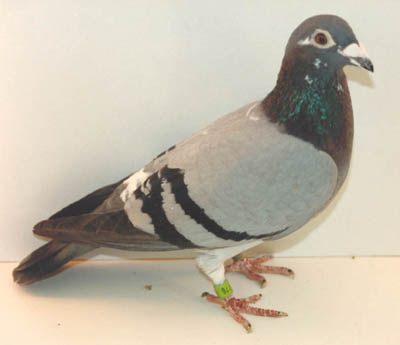 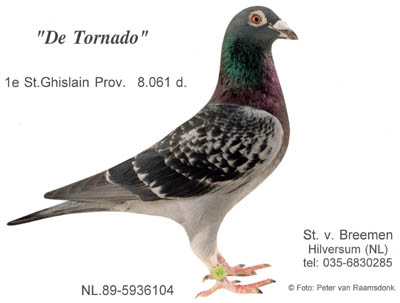 As a youngster 10th Regional Ace. In 1992 father of the 1st Regional Ace "De Blauwe Draaier", the father of another superbird "De Kleine Grijze" 6th Nat. Ace Dayraces 1996 and classified 9 times in the first 100 on a national dayrace!

And she bred: "De Blauwe Barones":

She is the mother of "De Grijze Poema" also a provincial winner from Orleans 3190 birds. 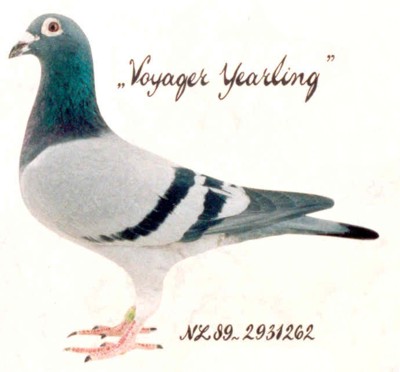 "Turbo's Lady" when mated to "Turbo Twin II". And She became the mother of a cock to be one of the future foundation breeders: "De Fijnen" (His father was a son of "De 05 Van Erp" x "De 646 Duif", the mother of "De Goede Jaarling").  His race results were: 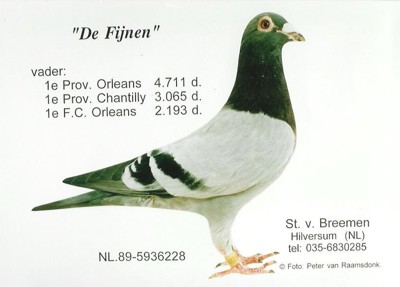 To inbreed the line of "De 776 Duif", "De Fijnen" was mated to "Jessica" and another fabulous breeding pair was formed!  They produced "Magic Orleans" 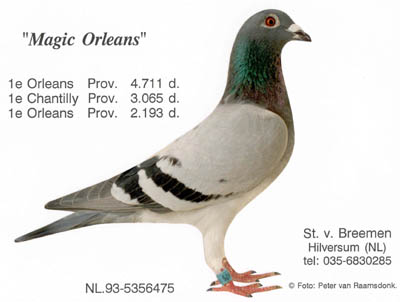 The best breeding hen of Willem de Bruijn of Reeuwijk best dutch fancier of the year 1997 too comes out of this pair. She bred for him the 1st National Ace 1997 and several more winners!!!!!!! 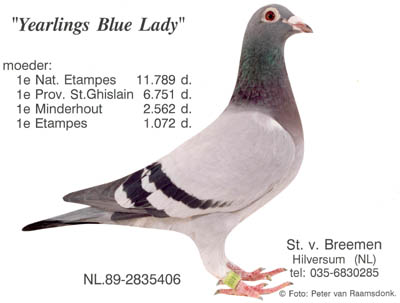 "Yearlings Blue Lady". You probably will have understood that she is the daughter also of "De Goede Jaarling" . With 3 different cocks she is breeding winners already, but the best results she gives with "De Zwarte Baron": 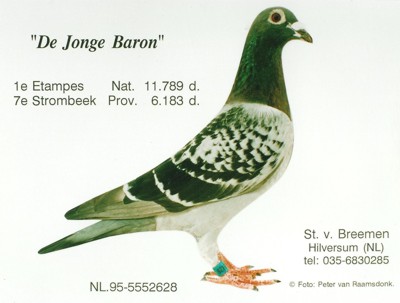 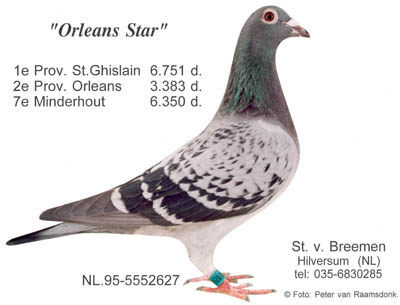